Justin and JJ Young brought their 10-year-old daughter Evelyn to Children's Mercy Hospital in Kansas City earlier this month to help her with her kidney issues. Evelyn suffers from nephrotic syndrome, a kidney disorder that causes too much protein to be passed in urine, increasing the risk of swelling (edema), infections, and blood clots. 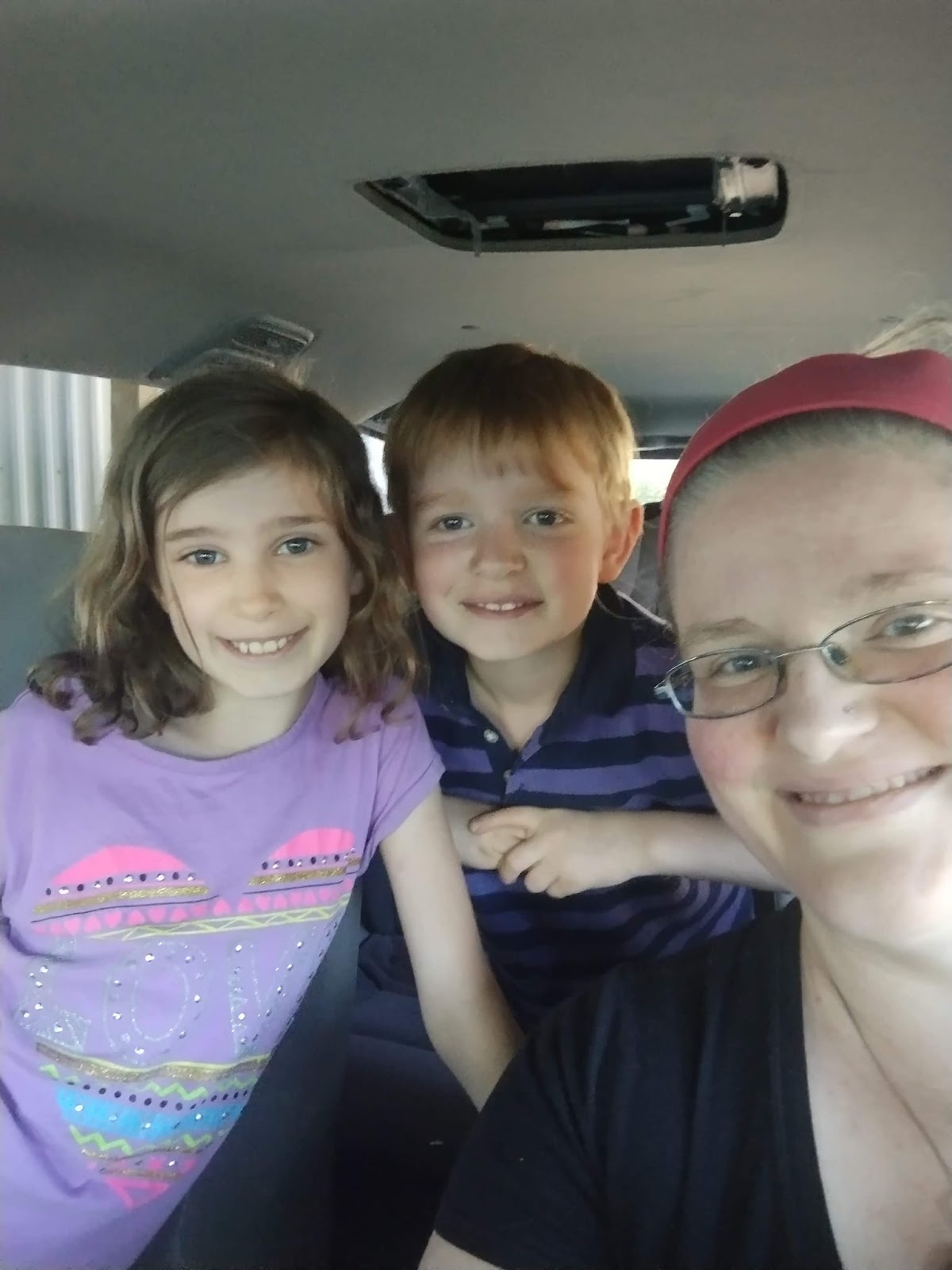 Nephrotic syndrome is not the kind of illness that typically gets the attention of Child Protective Services (CPS). Unlike malnutrition, emotional disorders, and bruises, which could be attributed to abuse, this syndrome usually results from damaged small blood vessels in the kidneys.

The Youngs felt that from the moment they brought Evelyn to the hospital, their desire to be involved in treatment decisions angered the staff. With each new medication, the doctors appeared frustrated with their questions about why the drugs were necessary, particularly if they mentioned side effects.

The Youngs quickly got the impression that if they objected to any part of the medicines the hospital would involve CPS and they could potentially lose custody of Evelyn. And so they begrudgingly agreed to the medications. Then they saw omissions on Evelyn’s chart as well as a daily dosage for corticosteroids that was 10 times what they were told it would be (270 mg injections instead of 27 mg).

First, do no harm

With all this, the Youngs did not refuse to give their consent to the doctor’s decisions, fearing being cut off from their daughter when she needed them most. And then the doctors decided to start Evelyn on CellCept, a powerful immunosuppressive drug used for the prevention of organ rejection in patients receiving kidney, heart, or liver transplants. The drug is rapidly absorbed and converted to mycophenolic acid (MPA) which blocks the production of DNA in T and B lymphocytes (immune cells), preventing the body from mounting an immune response to new organs as well as bacteria.

But Evelyn was not being considered for a transplant and JJ pointed out to the doctor that even the common side effects of CellCept are as concerning as they are extensive. Here’s an abridged list:

Like many drugs, its side effects include the very symptoms it’s meant to treat. Chemotherapy can cause cancer, anti-inflammatories can cause inflammation, polio vaccines can cause polio, anti-depressants can cause suicidal thoughts, antipsychotic drugs can cause psychoses, and CellCept can cause edema and infections, the hallmarks of the nephrotic syndrome it is prescribed to treat. Except that its DNA blocking causes a whole lot more, like liver and heart disease, high blood pressure, and low platelets. Even blurred vision is common. 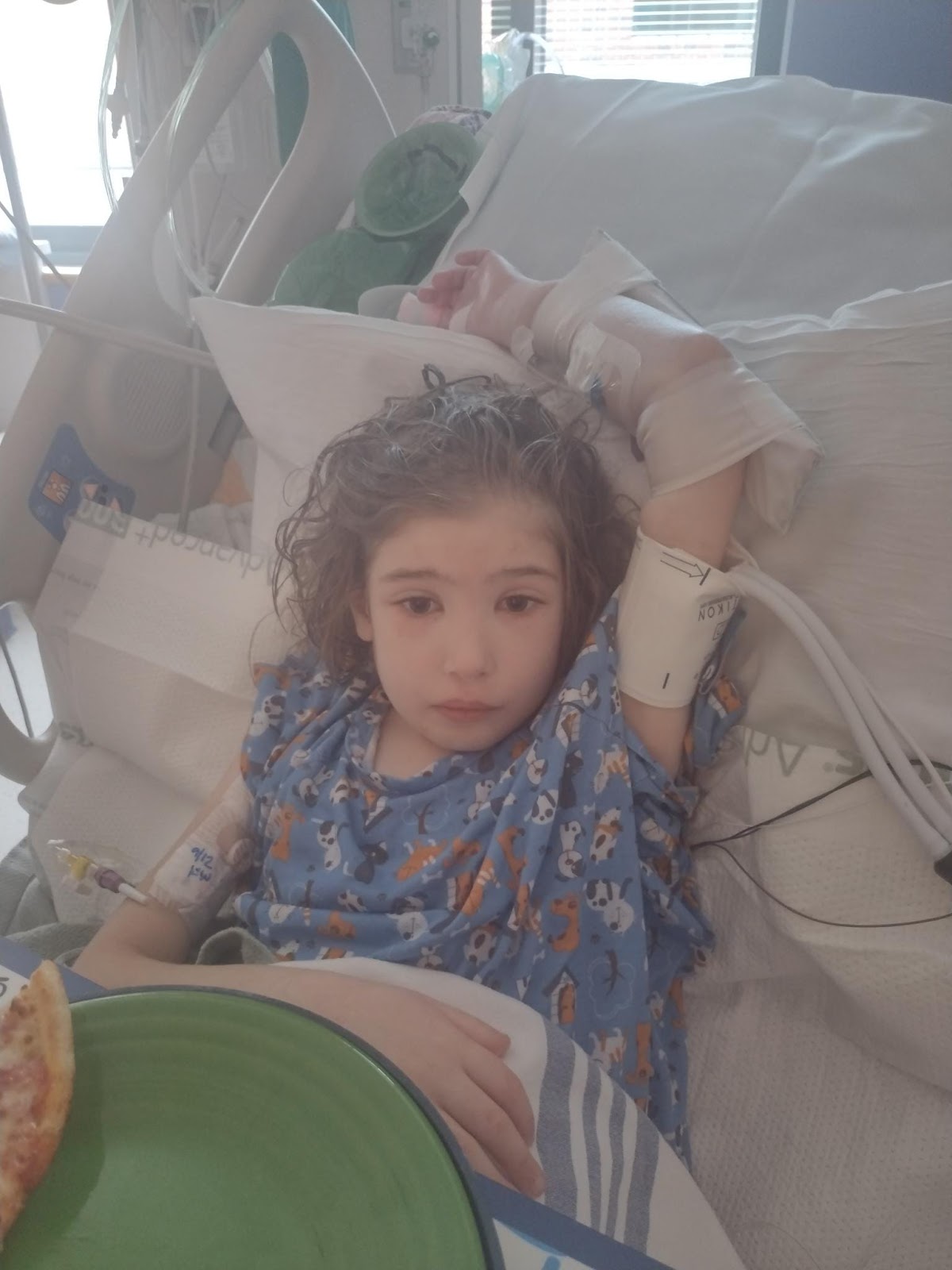 Just what they worried about

All those side effects are “common,” Evelyn’s mother said, to which the doctor told her, “just because it’s common doesn’t mean it has to happen.” But the list of common side effects is so long for CellCept that the chance of at least some of these adverse reactions occurring is actually quite significant. In fact, Evelyn suffered quite a few, including not just blurred vision but actual blindness, violent vomiting for approximately 27 hours, elevated blood pressure, edema, loss of awareness of her surroundings and more.

Again?
The CellCept was, obviously, discontinued and Evelyn’s sight began gradually returning three days after her initial dose, as did her awareness of what was happening around her. But JJ noticed that the medical records didn’t say CellCept terminated but rather “suspended.” Fearing whether their daughter would survive the next dose, the Youngs announced that they are taking her out of the hospital Against Medical Advice (AMA) and were prepared to sign a waiver of responsibility on the hospital forms.

"You’re not taking her"

But a guard put his foot in front of Evelyn’s wheelchair (a wheelchair she did not need when they brought her to the hospital), saying, “you’re not taking her,” and called CPS. They returned to Evelyn's room and Evelyn refused to take her cocktail of medications or even to answer which order she'd like them in. After a tense few minutes, JJ told her daughter that she might as well get it over with because the nurses aren't leaving. The staff reported that comment to CPS (apparently for discouraging Evelyn from taking the medicine she already refused) and CPS had both parents banned from the hospital for 24 hours. They returned to find that Evelyn was now in the State of Missouri’s custody, though they were allowed to visit her.

Though becoming unfortunately more common, this is still an extreme action by the hospital. Very Well Health explains that, with regard to AMAs,

If you want to leave, you probably can. The only exception may be for mental health patients who are at risk of harming themselves or others.

Evelyn and her parents are obviously not mental health patients, though the doctors offered JJ and Justin therapy when they questioned Evelyn’s medications.  The Youngs have a hearing scheduled with CPS in the beginning of October. They ask that supporters contact legislators and hospital officials on their behalf.

Evelyn’s mother published this video to her Facebook page explaining the behavior of the hospital staff :

What does the hospital say?

As of press time, neither McMillan nor Missouri Social Services have responded.

We are reporting on the recent seizure of the child Evelyn Young by the Missouri Department of Social Services, after a referral from Children's Mercy Hospital in Kansas City.

We request that you share with us any comments you would like to make about this case and that you specifically answer these questions:

We're planning on including your comments, so if there are any alternative versions of the events, responses, or context we should note, our deadline is 5:00 p.m. Eastern time. Thanks for any information you can share.

More about hospitals and CPS

Joey Gilbert linked to fraudulent ‘Protocols of Elders of Zion’